Jump to Latest
JDMEV
It looks like the all-electric Honda CR-V isn't expected to arrive till the 2nd half of this decade. 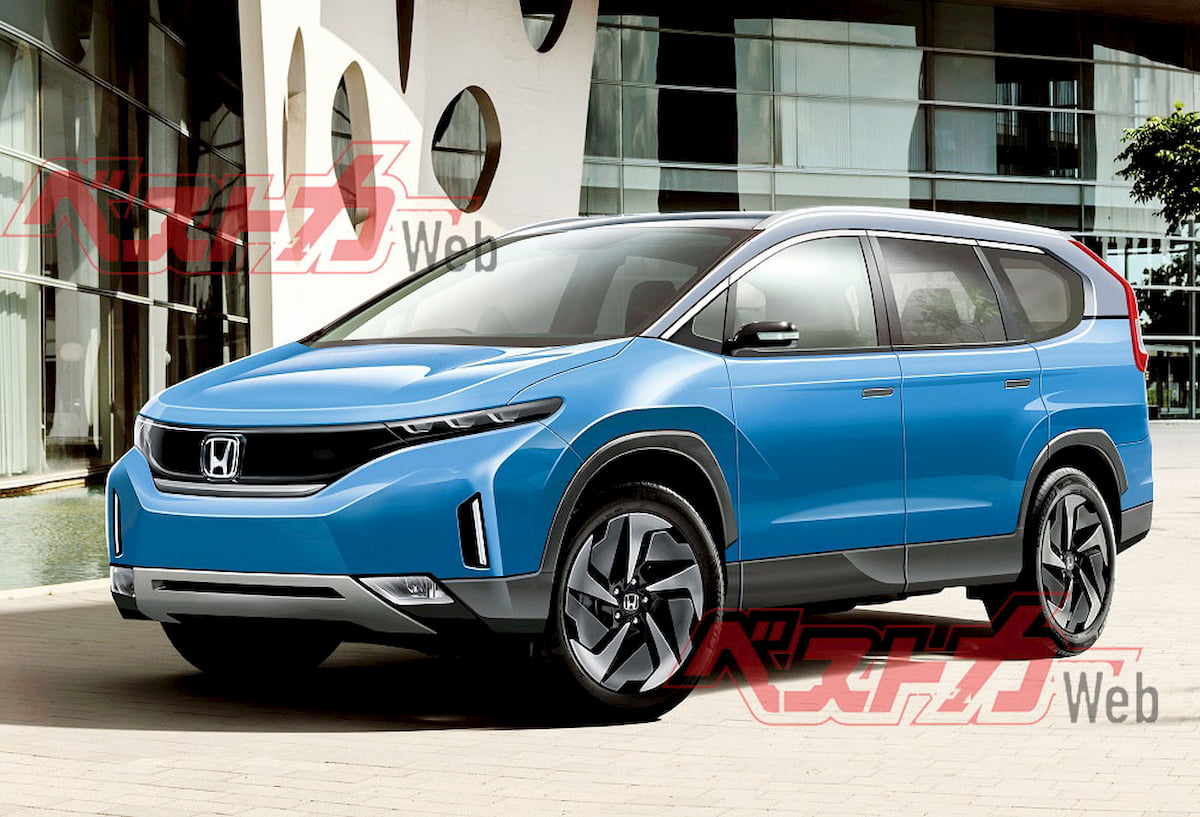 Speculations about a Honda CR-V EV releasing in 2024 had floated on the web for more than a year, but the announcement of the Honda Prologue electric SUV in 2021 spewed cold water on the rumors. A Honda CR-V EV will become a reality only in the second half of the decade, and there are two different engineering options for that model. Honda has not made any announcements about a CR-V EV or indicated such a model so far, but here are the two possibilities:

1. GM-Honda co-developed Honda CR-V EV
Honda entered an agreement with GM in April 2020 to co-develop two EVs based on GM’s third-gen global EV platform and powered by Ultium batteries first used for the GMC Hummer EV pickup and the Cadillac Lyriq. The first model, the Honda Prologue SUV, will arrive at dealers in early 2024. The second vehicle, an Acura electric SUV, would emerge later that year. Honda will design the exterior and interior of both vehicles, and its engineers would modify GM’s platform to match the driving characteristics customers typically expect in a Honda.

Honda saw the partnership as a way to quickly put electric vehicles on the road and accelerate its electrification roadmap. The combined manufacturing efficiencies and scale would provide customers with a greater value.

Two years after announcing their tie-up, GM and Honda deepened their alliance to include more jointly developed electric vehicles. In an announcement on April 5, 2022, the duo said it will produce millions of EVs, including compact crossover vehicles, starting in 2027. These models will be affordable EVs based on a new global architecture, and they will incorporate GM’s next-gen Ultium battery technology.

The companies (Honda and GM) are working together to enable global production of millions of EVs starting in 2027, including compact crossover vehicles, leveraging the two companies’ technology, design and sourcing strategies.
Click to expand...

GM and Honda’s joint announcement on April 5, 2022 via HondaNews.com
Click to expand...

A possibility is that the pure electric compact crossovers Honda and GM plan to make from 2027 as part of the expanded relationship will include a Honda CR-V EV and a Honda HR-V EV. The compact crossover segment is the world’s most popular category, representing annual volumes of 13+ mn vehicles. The CR-V, Honda’s best-selling model in the U.S., is a top seller in this category.

2. Indigenously developed Honda CR-V EV
Following the first two models co-developed with GM, Honda will introduce indigenously developed BEVs based on a new in-house ‘e:Architecture’ beginning in 2026. As per its announcement on April 23, 2021, Honda plans to offer the bespoke EVs developed in-house, first in North America and later in other regions. Given that the CR-V is the best-selling model in the U.S., the company’s most important market in the continent, fully electrifying it or releasing a pure electric alternative would be a priority.

In a separate announcement on April 5, 2022, Rick Schostek, the Vice President of Corporate Operations at American Honda, confirmed that the expanded partnership with GM for Honda EVs doesn’t mean that EVs developed in-house are no longer in the pipeline. The company is already developing EVs using the Honda e:Architecture, Schostek said. He added that it would align the affordable Honda EV co-developed with GM with the Honda e:Architecture-based EVs.

Schostek said Honda wants to dramatically expand the sales of affordable, compact EVs. That’s where the Japanese automaker can leverage the strength of its relationship with GM. A key factor in deciding to co-develop a new series of affordable EVs with GM was the success of Honda’s design and development teams working with their counterparts from the American automaker on the first projects.

With GM or on a homegrown platform, Honda would need a Honda CR-V EV equivalent to remain relevant in the C-segment that is transitioning to EVs quite quickly. We expect to see a Honda-badged VW ID.4 rival in American showrooms after 2025.

Battery partnership
Honda is considering partnering with LG Energy Solution to produce batteries for its EVs in North America. This would be a major step forward for the company as it looks to build its share of the EV market. According to a report Bloomberg released on June 8, 2022, Honda and LG are considering Ohio, USA as a possible location for their North American battery plant. The state of Ohio is where Honda produces some of its most popular vehicles, like the CR-V. A source familiar with the development has said that the location isn’t final and could change.

On January 14, 2022, Pulse had reported that Honda and LG Energy Solution are discussing a joint venture for manufacturing batteries in the U.S. According to the South Korean publication, the annual production capacity of this factory would be 40 GWh. It was the Japanese automaker who approached the popular battery manufacturer to consider a partnership.

Honda’s EV journey in North America begins with the launch of the GM Ultium platform-based Honda Prologue in 2024. Launching EVs based on the indigenously developed e:Architecture in 2026 will be the second step. Affordable EVs based on a new architecture co-developed with GM will follow in 2027.

All the aforementioned electric models would come from North American factories. Currently, 95% of the Honda vehicles sold in the U.S. are North American-made. The Japanese automaker plans to deliver close to 500,000 electric vehicles in North America by 2030.